Greig Fraser: aesthetics of Rogue One

The Digital Sputnik LEDs are the cornerstone of Rogue One's aesthetic.

As you may already know, Rogue One:  A Star Wars Story cinematographer Greig Fraser used thousands of Digital Sputnik lights to bring the concept of color grading to the world. This directed the industry to the path where light control is the key practicality with lighting is superior to its digital post-production counterpart. 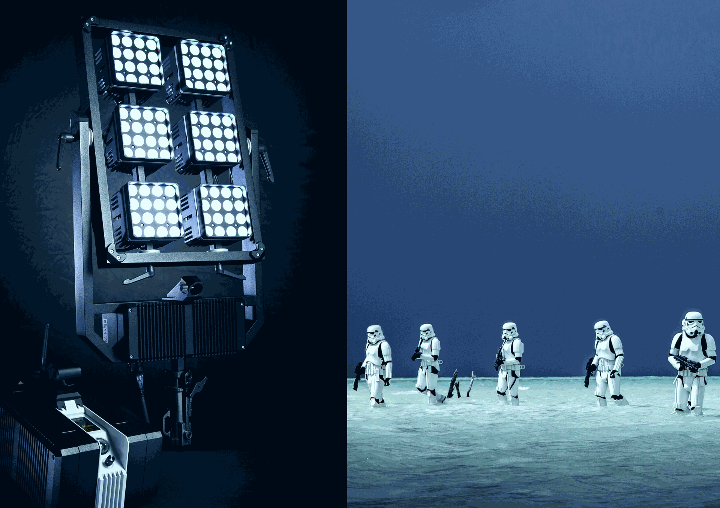 But where did it all start? We believe it is hard work and luck favoring the prepared.

We set up a showroom in Los Angeles and started calling up local cinematographers, driving out to their sets to do demos of our lights. One day we were invited for a demo in Century City by a gaffer Todd Heather where we met an enthusiastic Australian Cinematographer. He liked the punchiness and the full-color control of our lights and invited us back for the next day when they were shooting a commercial in a huge warehouse. That day he put our lights through the paces and he was very impressed. That Cinematographer was Greig Fraser. Soon after the commercial, he was confirmed as a cinematographer for Rogue One and we got an invitation to come to London to test for the next Star Wars installment. What impressed Greig the most is having the colorist's toolset in his hands to grade the light on the set instead of grading the image in the post.

We imagine this is how it feels to be able to fully control your set on your own...

Although we were really looking forward to it, they did not use our Voyagers as lightsabers.. But DS lights were prominently used in almost every scene, as Greig used DS3 and DS6 systems for all the practical lighting and off-screen fixtures on set.
Our lights were used as sky lights, wall lights and were built into the props. 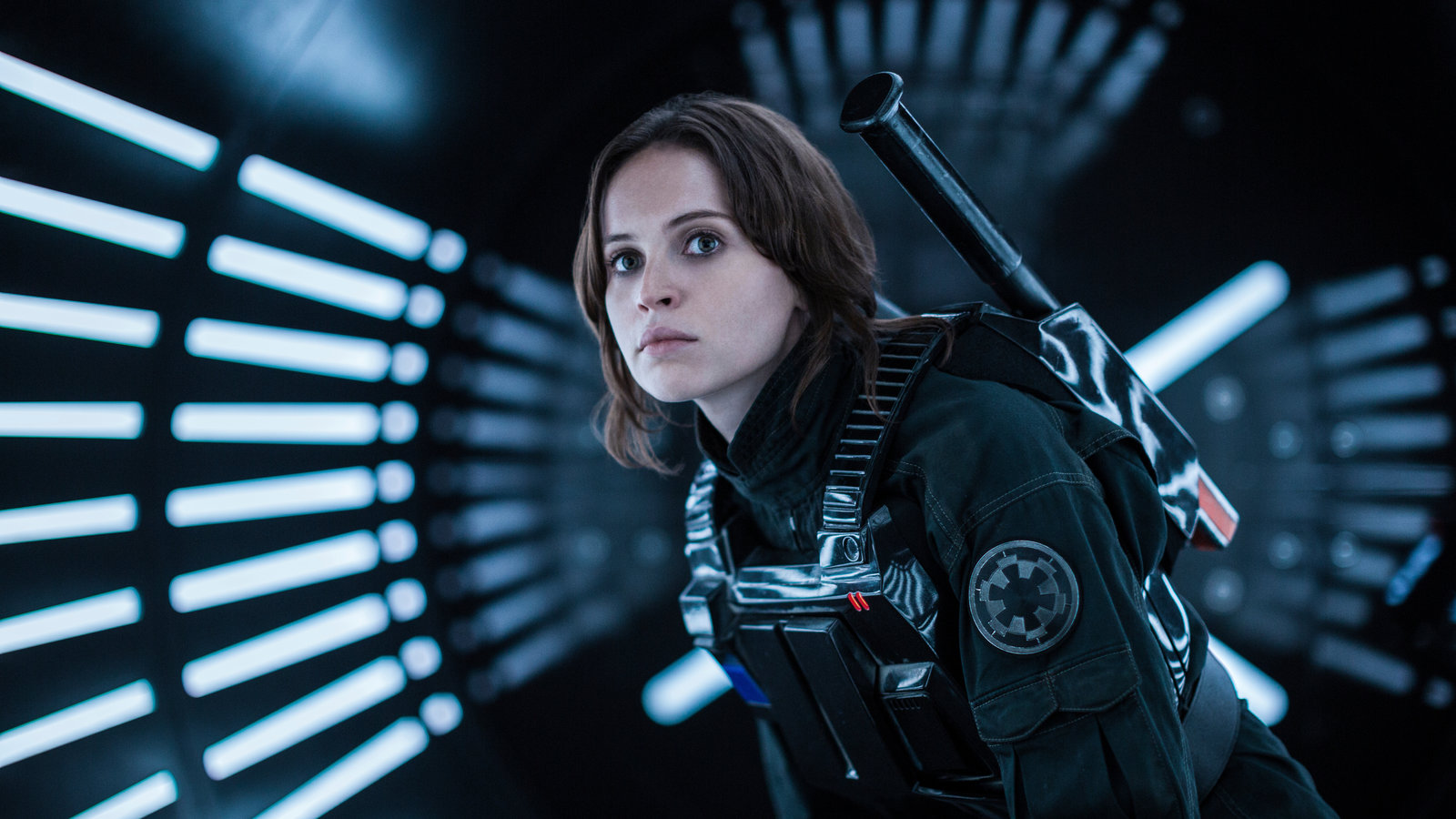 "The Digital Sputniks were lights that lasted from Lion through Rogue One," Greig says. "I discovered that they are very malleable You could use just three heads, or you could have three hundred heads. I could run all of it off an iPad for any color we needed. If we were lighting in a fluorescent lit room, we could change the color of the fluorescence. If I was lighting a room that was primarily sodium vapor, then I could dial in sodium vapor".

The walls of the sound stage have a painted background sky. The set is lit with:
- 30x Creamsource Sky units in a grid above at 12000 degrees Kelvin, Arri SkyPanels used as cyc lights on the side;
- Powerful panels of 4×4 LEDs are used to create red and green laser effects.  The "spaceship" beam is pointed by an electrician.

Digital Sputnik lights were also used as lights for effects.  4 x 4 DS unit was used to simulate the the light from X-wings flying above and bombing the planet.  There was a trolly system created on a steel girder to run lights from one end to another, but they could not replicate the landing. For a landing-light effect, 9 Digital Sputniks were put on a crane with a remote head, and an electrician used the wheels to move the beam as it came down to the stage.

Soft lighting, soft lenses and a sharp format.
That is the Rogue One aesthetic.

"I think natural lighting is the most beautiful; if I could do everything with natural lighting, I would. But we have to light because we’re working on stages and we have to illuminate the actors and action — not to mention hyperspace! So you have to come up with ways of either controlling natural light or coming up with lighting that looks just as natural."

"There’s a massive color chasm that I wasn’t aware of before. I used to look at HMIs and say: ‘That’s a little green or magenta’. That now seems like 3-year old speak. The present LED technology goes so much farther.  The traditional way is to think in terms of ¼ or ½ Blue or Orange, but speaking with Kaur and Kaspar Kallas from Digital Sputnik, they think of it differently. They come from the postproduction side, and they say: ‘Let’s manipulate color like we do in the DI."

"Another thing I love about LEDs is that it's become a lot like choosing a film stock. Back in the days of film, you'd choose different film stocks with a specific feel for each scene. Now, instead, all these LED solutions feel very different too. To work with that, you make distinct decisions about a particular light for a particular set - and some lights will work for some shots better. And as a modern cinematographer, we are constantly having to make compromises about the look. We're placing a lot of control in the hands of someone later in the process, so having more control on set is paramount. It means we leave less to chance later, and we make better decisions on the day that we're there shooting."

LED IS THE WAY!